Other Elvenware pages about VirtualBox:

There are two different types of Virtualization software:

VirtualBox is a Type 2 virtual machine, while Xen is a type one machine. When using VirtualBox, we first boot Windows, Linux or the Mac, and then run VirtualBox on top of them. We end up running our core OS, and then displaying a Window on the desktop that hosts our Virtual OS. This virtual machine could be a copy of either Linux or Windows. As a rule, we don't see the Mac OS running in a virtual machine.

To understand the role of virtual machines in the cloud, it helps to learn how easy they are to reuse. This exercise is designed to give you hands on training in reusing a virtual machine.

There will be three steps:

Open up VirtualBox, select, but do not open, your Linux image. Choose File | Export Appliance from the VirtualBox menu. You will be taken to a screen from which you can confirm that you have chosen the correct virtual machine to export, as shown in Figure 1. 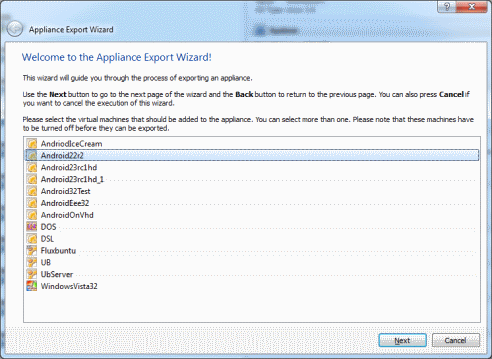 In the next screen, you choose the name of the file that will store your exported appliance. Be sure to pick a drive with plenty of free space. Linux typically takes 2-3 GB when stored, but other OS's need much more space: 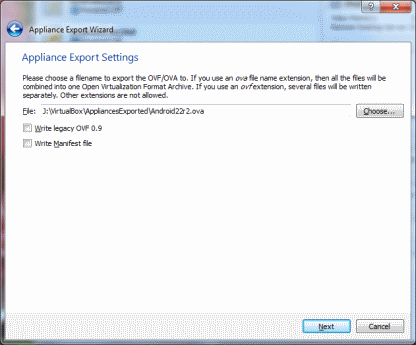 Finally, you get a chance to fill in some fields that you can use to identify and describe the export. Double click to edit the fields: 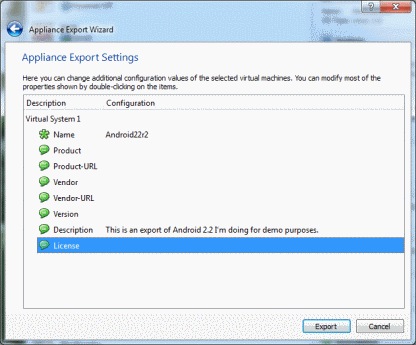 Figure 03: Filling in fields to identify your export.

After you click on the Export button your appliance is stored inside a file with an OVA extension. This file can be stored on a DVD, USB hard drive or thumb drive, and can be used to quickly create a VM on your current system, or on another system. The files in the VM are nearly identical to those used by VirtualBox, but they are compressed, and certain identifying information has been stripped out. The lack of identification ensures the VirtualBox can give an imported instance of the Appliance unique identifiers that do not conflict with those on your current system.

You now want to import an appliance. This might be an appliance (OVA file) that you yourself created, or one that you was given to you by a third party.

NOTE: It does not matter whether you created the OVA file yourself, or if someone else gave it to you. In either case, these instructions should work.

Begin by selecting File | Import Appliance from the VirtualBox menu. Use the Choose button (or dropdown arrow on newer versions of VirtualBox). Browse for the OVA After you have selected the file, the window might look like the one in Figure 04: 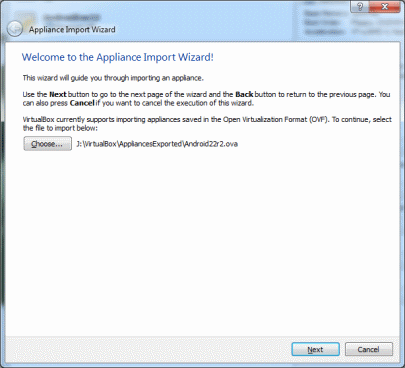 Figure 04: Selecting the file that contains the appliance you want to import.

You can use these appliance both at home and at school. Or you can use them at work. Anyplace where VirtualBox runs properly is potential host for your Linux virtual appliance. For instance:

In the final screen you get a chance to make a few choices. One of the most important is whether or not you want to select a unique Mac address (reinitialize) for your VM. If you want to run this VM and the one you cloned at the same time, then you should check this box, seen at the very bottom of the dialog. You can also choose whether or not to initialize the USB Controller, Sound Card and Network Adapter to their default values. In many cases, the answer should probably be yes, but you might not do this on some machines that don't support the same features found on the machine where the device was created.

Assuming that you first export the image and then imported, you can now perform a series of test to help you understand what you have done. If all you did was import an appliance that someone else made, then you can skip this section.

When you are done, you will have a new image based on your original virtual machine. Try running one image, making some modification to a file in your home directory, then close your image and run the other cloned virtual machine. Notice that it does not contain the change you made. These are two different virtual machines.

On Linux, you can use a text editor such as GEdit or Nano to create and edit text files. Your home directory is located in /home/LastName, where UserName is your user name. For instance a home directory might be called something like /home/susan. If you open the Linux file manager (Nautilus) then by default you will end up in your home directory. At the Linux command prompt, if you type cd followed by a space, and press enter, you will be taken to your directory. You can see the full path of your current directory by typing**pwd + Enter.)

What have you accomplished in this exercise? Several different things, at least three of which stand out:

Finally, you have also taken a step toward understanding how multiple virtual machines can be easily deployed on the cloud. If you want to "rent out" these machines to a third party over the Internet, you could simply import your OVA file, find out its IP address, then give that IP address to a third party who could begin using the file over the Internet. You could do this multiple times to begin simulating a real cloud environment, in which one physical machine hosts multiple virtual machines. But we are not quite ready for that scenario yet, though we are getting close.

NOTE: There is a second way to clone a virtual machine that involves having VirtualBox simply note the differences between your original machine and its clone. This saves on hard drive space. We may or may not explore this option later in the course.

Networking Errors after Migrating an Appliance

If you move an appliance from one machine to another, you can sometimes find that networking will not work when you import the virtual machine on a new computer. If found that if you delete the following file, then reboot the system, it will work again:

Frankly, I don't understand why this works, but only that it will work. Some notes I found online suggested it might have something to do with the new virtual MAC address for the imported appliance.

In particular, I tried ifconfig etho up, which should bring the ethernet connection up. Instead, I got this error:

So I Googled around a bit and found that deleting the file mentioned above and rebooting fixed the problem.

OVA files conform to a standard put together by the Distributed Management Task Force (DMTF) and is a variation of the more commonly cited Open Virtualization Format (OVF). OVF consists of multiple files, while an OVA file wraps them all in a single package, in particular, they use the TAR format, which is a bit like a zip file.

The format is designed to specify a single format that can be used by multiple virtual machines. Apparently it does use the VMWare VMDK format, but that is in fact an open format with a public specification. In an ideal world, OVA files could be used by VirtualBox, VMware, XEN, the Microsoft HyperVisor, etc. If you look at section 1.13 of the help for VirtualBox, you will find that they back off making such claims, at least for now. That is, however, the goal.

Evidently either the VMDK format or the OVA format or both, end up compressing files, as the resulting OVA file is smaller than the VDI file we start with.

Note that VirtualBox supports VDKM, VDI, and VHD files. VHD files are part of the Microsoft system virtual machines and can be mounted as a stand alone drive in Windows.

Here is how I get screenshots. When I’m running VirtualBox, I find that my usually Alt-PrntScrn key doesn’t work right because VirtualBox swallows the keystroke. I’m therefore forced to put the focus on something else, such as a DOS box or a copy of NotePad, and then press PrntScrn. I end up with a huge bitmap that captures the output seen on both my monitors. I open Paint.Net, and press Ctrl-V, which opens up the bitmap of both monitors more or less automatically. (If I’m on a machine that is not dual screen, then my bitmap shows only one monitor.) Paint.NET has excellent tools for letting users make a selection, zoom in on the edges of the selection, use the mouse to adjust the selection to the pixel level, then press Ctrl-C to capture the selected area, Ctrl-N to create a new bitmap of exactly the right size, and Ctrl-V to paste in the bitmap of the user’s selection. I guess it sounds complicated, but it only takes a few seconds after you have done it once or twice.

The way it is at the start:

Now we add in our own DHCP server with the command "all on one line":

We issue the command as above, but here it is broken out so it is easier to read:

In the VirtualBox settings, we turn to the Network page, and choose: 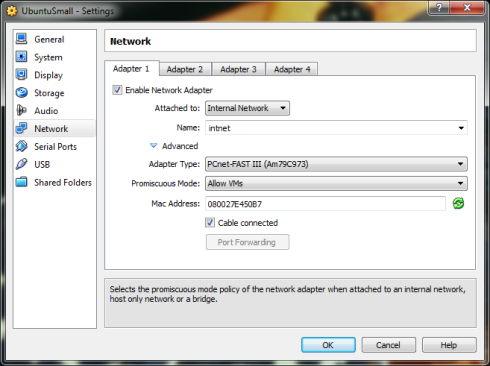 Figure 02: Setting up the internal network

From a Red Hat Video (It Process Institute)

We want to build cloud services, not just systems. Our goal is automate and improve IT solutions.

He recommends starting with business objectives and working down to the IT area, but the other guy likes the idea of working from both ends at once.

You do some planning first, but then you have to start doing some exploration.

Make sure you don't over do it. Plan to succeed. Don't take on too much, and don't lock yourself in.

Build a Lighthouse application, is the proof of concept to prove that things actually work. Is the cloud real?

Put together a test and dev environment. Build a lamp stack, or what have you.

Hardware is often not utilized. We use 20 Percent from a machine, but if you virtualize, then people are really using the full 100% of a server.

Evaluate and then move to Proof of Concept

In the settings for your VM. Go to:

You might get an error about floppy disk or CD/DVD's not being available when you start VirtualBox. Click the check button. You will be taken to this dialog: 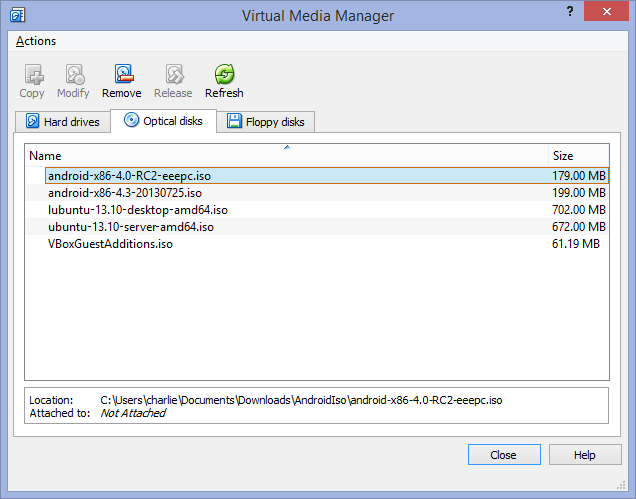 As you can see, this is the optical disk page. Often, on this page, you will see an item with an next to it. That means that VirtualBox can't find the file in question. Right click on it and choose remove, and that should resolve the problem. You won't see the error message the next time you start VirtualBox.